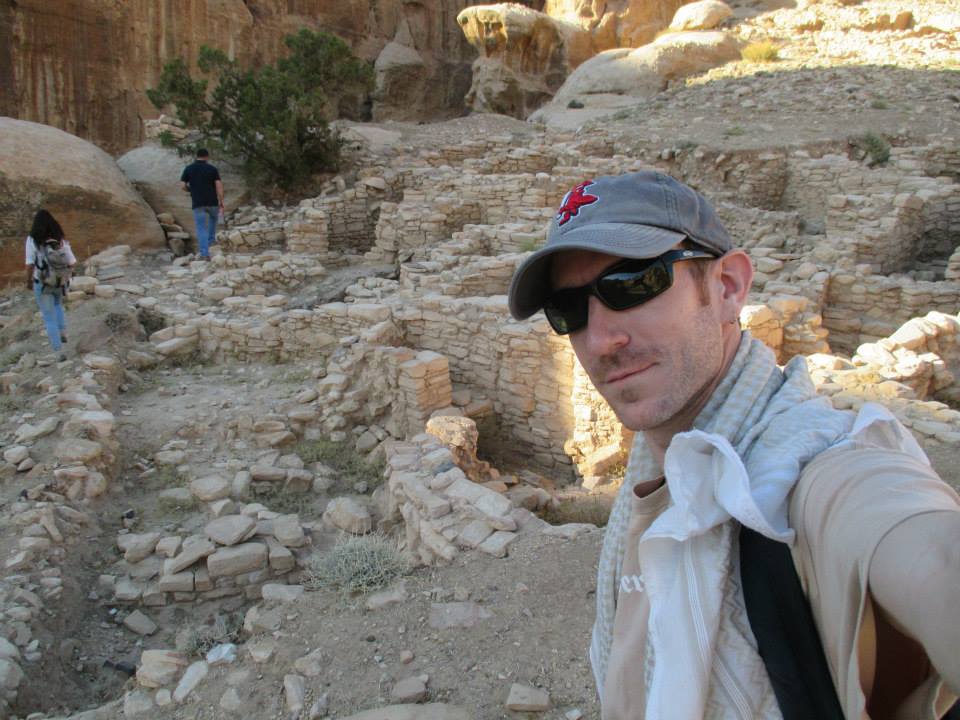 Christian Cloke specializes in the archaeology of the ancient Mediterranean world, and employs a range of digital methods to do so. In his archaeological fieldwork (conducted in Italy, Jordan, Armenia, Albania, and Greece), he works with custom-built relational databases (taken into the field on iPads to foster paperless data collection), Geographical Information Systems (GIS), and a wide array of modeling and imaging techniques (photogrammetry, laser scanning, and reflectance transformation imaging, to name several). In all of his fieldwork (and through his larger research project on the Nemea Valley, Greece) he explores rural parts of the Mediterranean world, with the goal of illuminating the lives of people underrepresented in ancient historical texts.

Dr. Cloke holds a B.A. in Classics and Old World Archaeology and Art from Brown University, an M.Phil. in Archaeology (Museums and Cultural Heritage Management) from the University of Cambridge, and an M.A. and Ph.D. in Classics (Classical Archaeology) from the University of Cincinnati. He spent several years in Greece as a member of the American School of Classical Studies at Athens, and was a post-doctoral fellow at the Smithsonian American Art Museum and National Museum of American History, where he worked with the National Numismatic Collection. At the Smithsonian he researched ancient Greek and Roman portrayals of "others" (captives, personified provinces, and "barbarians"), demonstrating how the visual language of these types played a significant role in shaping modern American depictions of American Indians and abolitionist emblems of enslaved people. In addition to numismatics, he works often with Greek and Roman pottery, and, on a larger scale, studies ancient waterworks and agricultural systems.

In the Collaboratory he strives to develop digital projects with departmental and extra-departmental faculty, and to provide opportunities for undergraduate and graduate students to master and innovate dynamic approaches to studying and presenting material culture.

Thinking through Data in the Humanities and in Engineering

This article considers how the same data can be differently meaningful to students in the humanities and in data science.

This article considers how the same data can be differently meaningful to students in the humanities and in data science. The focus is on a set of network data about Renaissance humanists that was extracted from historical source materials, structured, and cleaned by undergraduate students in the humanities. These students learned about a historical context as they created first travel data, and then the network data, with each student working on a single historical figure. The network data was then shared with a graduate engineering class in which students were learning R. They too were assigned to acquaint themselves with the historical figures. Both groups then created visualizations of the data using a variety of tools: Palladio, Cytoscape, and R. They were encouraged to develop their own questions based on the networks. The humanists' questions demanded that the data be reembeded in a context of historical interpretation—they wanted to reembrace contingency and uncertainty—while the engineers tried to create the clarity that would allow for a more forceful, visually comprehensible presentation of the data. This paper compares how humanities and engineering pedagogy treats data and what pedagogical outcomes can be sought and developed around data across these very different disciplines.

This article looks at the Late Roman to Medieval periods at the Greek site of Nemea and in the surrounding valley, proposing that an apparent lack of continuity between these periods is less dramatic than past scholars have suggested; the perceived disco

This article looks at the Late Roman to Medieval periods at the Greek site of Nemea and in the surrounding valley, proposing that an apparent lack of continuity between these periods is less dramatic than past scholars have suggested; the perceived disconnect is in many cases due to inability to identify artifacts from the centuries spanning the two eras.

A summary of the Brown University Petra Archaeological Project's diachronic archaeological survey of the northern hinterland of Petra, Jordan.

In three field seasons, between 2010 and 2012, the Brown University Petra Archaeological Project (BUPAP) conducted a diachronic archaeological survey of the northern hinterland of Petra, Jordan. While regional reconnaissance has a long history in Jordan, it has rarely been conducted with the “intensive” methodologies today characteristic of projects elsewhere, most proximately in the Mediterranean. Such an approach is ideally suited for the territory north of Petra, the setting for a wide-ranging variety of human activity from the Lower Paleolithic to the present. The survey component of BUPAP, the Petra Area and Wadi Silaysil Survey (or PAWS), covered some 1,000 ha (10 km2), most of which was traversed by closely spaced (10 m) fieldwalking in 1,321 individual survey units. In the course of this work, PAWS recorded patterns in the distribution of tens of thousands of artifacts. In addition, more than 1,000 individual archaeological features were identified and documented; geophysical survey was conducted in several areas; and test excavations were carried out in 10 locations of particular interest. This article provides an overview of the PAWS survey and related activity—discussing motivations, methods, and results—and touches on key issues concerning the long-term human history of the study area. This article is also available as open access on AJA Online. Additional figures and an appendix appear under this article’s abstract on AJA Online.

Coin Collecting at Cambridge: The Fitzwilliam Museum Department of Coins and Medals

This article looks at the history of the University of Cambridge's ancient coin collection.

This article looks at the history of the University of Cambridge's ancient coin collection.

Review of The Late Roman Gold and Silver Coins from the Hoxne Treasure, by P. S. W. Guest

This is a review of a publication of a late Roman coin hoard.

This is a review of a publication of a late Roman coin hoard.

This article discusses the water systems of the Great Temple in Petra, Jordan.

This article discusses the water systems of the Great Temple in Petra, Jordan.